Crowdequity: the model that is revolutionising how investments work 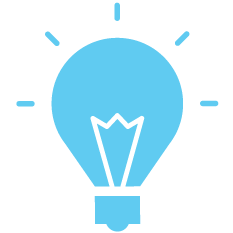 Equity crowdfunding, a new opportunity for start-ups and investors

Who hasn’t dreamt of investing in a unicorn company right from its creation? And not so much for the profit than for the thrill of being part of such an exhilarating adventure.

Up to this day however, unless you’re part of the tight circle surrounding the founders, investing in such a business is virtually impossible for individuals. This is because start-up funding is still very much the exclusive domain of professionals and corporates.

But, for the delight of both entrepreneurs and aspiring investors, a new model has emerged and is rapidly gaining traction in the start-up world: crowdequity.

So, what exactly is this new phenomenon, and how does it work?

Equity-based crowdfunding, equity crowdfunding or crowdequity – whichever one you want to call it ­– is a new type of crowdfunding. The model is growing rapidly, particularly in the States, and in the past few years it has entered the European VC scene as well. And with a bang.

The best way to define crowdequity is as a hybrid model that combines traits from venture capital and classic crowdfunding. Unlike the latter though, it doesn’t consist in simply raising funds for one specific project within a company. No, crowdequity is designed to collect the capital necessary to helping a start-up grow and flourish. Donors aren’t buying a product in exchange for their money, as they would be with the reward-based crowdfunding model. Instead they become shareholders of the company. This means they are involved in the project and can follow each step of its development.

Wonder why crowdequity is praised by numerous investors? Because the latter are growing weary of the opacity and the limited product options of traditional investments. Today, people want to know where their money is going and what it is being used for.

Fair enough, right? But with non-listed companies, this is often complicated. The investments models from banks and financial advisors don’t offer much transparency and choice. Crowdequity, on the other hand, does. It makes the start-up world so much more accessible to investors. There are way fewer rules and restrictions regarding how one is able to back a company. And people are finally aware of what is going on in the business they are giving money to. A big plus, don’t you think? So do I.

Secondly, people who invest as individuals often have motivations that go way beyond simply making money. They are looking for a project that resonates with their personal beliefs and motivations. A project that is a driver for a social or economic change or transition that they want to see flourish. Crowdequity has this brilliant new dimension, which adds a whole different meaning to investments.

One must bear in mind however that this is a long-term commitment – usually 5 to 10 years – with no guarantee of success. So naturally, you have to be a qualified investor to embark on such a project. Crowdequity investors need to be aware of the risks they are running and need to have sufficient financial means to diversify their assets in the event of a failure. But for those willing to take the risk, they will get so much more out of it than out of a financial investment. Because their investment involves passion. Yes, chances are you might lose. But in counterpart, you can also be at the heart of an intense and life-changing adventure.

A priceless opportunity for start-ups

On the start-up side as well, crowdequity has loads to offer compared to traditional funding. It is a much simpler, faster and efficient way of raising money. One of the reasons for this is that, no matter how many investors contribute via the platform, all the money will be bunched together as if it had come from a traditional VC firm. So there isn’t the hassle of determining who owns what and there is no conflict of power either. And when starting a business, you would much rather invest the majority of your time in making it grow rather than sorting out problems linked to funding, which is there to help you grow in the first place!  And unlike in traditional investment funds, there is no deadline for the wind-up of participations, which takes a lot of the pressure and uncertainty off the entrepreneurs’ shoulders.

Furthermore, for the same reasons mentioned above, investors are truly interested in the project you are building. Chances are, therefore, that they are very familiar with the field or industry. They can be an invaluable source of knowledge and contact to grow your network. And to be surrounded by people who truly care about the idea in itself and who are ready to provide advice as well as financial support is something pretty priceless for your business.

And on top of all these advantages, equity-based crowdfunding doesn’t put you in an either/or situation. You can raise through a crowdequity platform as well as through a traditional fund. One doesn’t exclude the other.

A word of warning for entrepreneurs however: it’s not because investors are using this alternative funding system that they have lower standards when choosing who to invest in. So remember to be just as passionate, clear, enthusiastic and organised as with your traditional VC fund if you don’t want to put potential investors off!

What role does the platform have?

To put it simply: a crucial one.

We’ve spoken extensively about the advantages of crowdequity for both parties, but none of this is possible without the platform. A certain misconception of crowdequity platforms has led some to think that their role narrows down to matchmaking between entrepreneurs and investors. In reality platforms do much more.

They have a double responsibility and objective. First: accompanying the start-up from zero to hero. Second: ensuring investors are rewarded for their bet. To achieve this, the platform plays numerous roles. Like any traditional fund, they select the projects they will present to their investors. The selection is based on the quality of the founder and their team, the viability of the project, the tech qualities that sets them apart and so on.

But their mission doesn’t stop there. The platform provides a 360 degrees’ support for the start-ups, even after they have completed their funding. This includes operational support, advice, contacts, exposure and much more. In a nutshell, anything that can help turn a good idea into a thriving business. And of course, a profitable investment for those who believed in and supported the idea right from the start.

Before you go and give a shot to crowdequity here are our main takeaways.

Crowdequity is just at its beginning. This is the future of start-up investment.