Keli Network becomes Jellysmack and announces their $14 million Series A 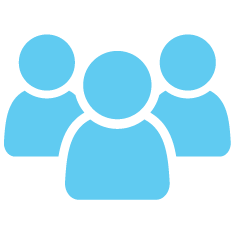 Our beloved portfolio company, Keli Network, has announced some big news this week. Rebranding as Jellysmack, the start-up has also announced their $14 million in Series A financing to further fuel their explosive growth. We are proud to have taken part in the follow-on round, sticking by the start-up as we have done from their day one! We took part in the round alongside leaders Highland Europe with Interplay Ventures and Partech.

The rebranding of the media powerhouse is designed to underscore their mission of building the world’s most engaged communities by using video content, and comes at a time where they are solidifying their position as a next-generation media innovator and trailblazer. Their mix of data and creativity in creating and scaling video-centred communities that connect people to their passions is what has helped Jellysmack to create hugely-popular franchises and shows which now attract more than 2.5 billion monthly views across Facebook, Snapchat and Instagram. All this, achieved in just over two years… no wonder we’re proud to have them as part of the OneRagtime family!

Jellysmack – a name inspired by a community of jellyfish (otherwise known as a “smack”) – is designed to enhance their brand recognition and underscore the company’s mission of building and engaging passionate communities using video content. The company now has more than 170 million engaged monthly users — with over 70% in the core 18-24 demographic — and each of its five current verticals rank among the overall top viewed channels in their respective categories across social media. This includes its premier soccer content channel, Oh My Goal!; gaming channel Gamology; innovative tech and gadget centric channel Genius Club; beauty destination Beauty Studio; and Riddle Me This, a unique animated riddle show that was featured in a FB blog post as one of the “best practice shows” on the Facebook Watch platform.

Innovative in outlook and technology

Jellysmack’s explosive growth has been fuelled by a combination of audience-first approach and proprietary technology. The company leverages the Agile Method and technology powered by machine learning at every step of the content-creation cycle to identify trends, optimise videos and scale distribution to leading social platforms. As a result, Jellysmack attracts and captivates massive audiences, building meaningful video-driven communities.

“With this new investment we will be able to expand our original premium and participatory content, along with the tools and technology that will allow us to better understand and deliver what our communities want” said Jellysmack CEO Michael Philippe. “Our success has been driven by our focus on engagement and interactions between fans within the same community, and our plan is to build on that secret sauce of data and creativityto launch new communities covering many more passions in the coming months.”

To accelerate its vision and growth, Jellysmack is greatly enhancing its senior executive team with notable new hires across content production, advertising and marketing. Eric Korsh, former President of Mashable Studios has come on as Head of Studios. Brent Spitzer, formerly Head of Commercial for Red Bull North America, will serve as Head of Sales; and Amanda Ferri who ran product marketing at Tumblr will head up marketing. Their background and success in the digital media landscape, coupled with founders Michael Philippe and Robin Sabban’s experience — which includes previously launching European digital newsstand LeKiosk which has attracted 2 million paying subscribers — gives the company a formidable leadership team with tremendous knowledge and insight into the trends driving the next generation of media.

In the coming weeks, Jellysmack will open a new state-of-the art Los Angeles studio and ramp up production on a slate of new channels and series. This will include a mix of premium episodic content, as well as series designed to reach underserved communities, such as a gender fluid beauty series targeting men. Additionally, as part of its diversified revenue strategy, Jellysmack is partnering with brands and other media companies to help power their social video strategies, leveraging its technology and expertise to help drive meaningful engagement and video views.

Once again, we’re proud to have been a part of Jellysmack’s journey from the beginning and of their fantastic achievements to date…. we cannot wait to see more exceptional growth and industry-shifting innovation. Congratulations, Jellysmack!