In 1628, the Vasa, the pride of Sweden’s naval fleet, sank in Stockholm’s port. But rather than point blame at whoever caused this tragic affair, the ship was proudly displayed in the city centre, becoming the museum that exists to this day and which is now the busiest tourist site in the whole of Scandinavia. Some might say that the Vasa story is a reflection of the Swedish mindset: one that is accepting and collaborative with no winners or losers. However, Stockholm has come out on top – in 2016, it attracted 54% of all capital invested in the Nordics with $1.4B invested through 247 deals. In comparison, $892M had been invested the previous year which was itself a record year already. 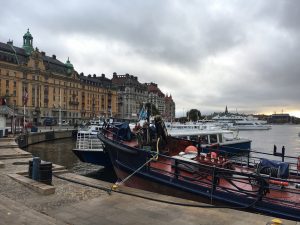 Looks similar to The Grand Budapest Hotel don’t you think?

Stockholm can boast the fact that it has the highest number of unicorns per capita after Silicon Valley. In fact, it has six billion dollar start-ups for a population of 1.5M. The city’s supportive environment is indeed a key pillar to Stockholm’s boom. The easiness to start a company combined with access to government support (Invest Stockholm) and grants, VC funding from prominent firms (EQT, Creandum and Northzone for example) and support from successful start-ups and corporates creates the perfect backdrop. Stockholm indeed counts six unicorns (Skype, Klarna, King, Mojang (Minecraft), Spotify and Avito) that are very involved in the start-up ecosystem and have become prominent sources of funding. Klarna founder Niklas Adalberth for example launched The Norrsken Social Innovation Hub. Those unicorns have contributed to the establishment of world-leading clusters within Gaming, Fintech, Marketplace, Mobile and Music/Media tech.

For many, the perfect scenario arises when a bigger company acquires the start-up. In 2016, iZettle (who is eeeeverywhere in Stockholm), Klarna and Easypark were some of the many start-ups that acquired other businesses. Spotify acquired four! So while many start-ups strive to get bought by a giant, many are already on the buy-side. The number of start-ups IPOing (has this become a verb yet?) in the past years has skyrocketed to even surpass London. In 2016, Sweden recorded 79 IPOs while the UK totalled 69.

Stockholm has become home to many start-up hubs, the oldest and most prominent being STING. STING’s mindset and activities are very close to us at OneRagtime and our first contact is undoubtedly the start of a constructive collaboration. Amplify, H2, SUP46, SSES and ImpactHub, the list of hubs just keeps growing. We were lucky to organise our Stockholm meet-up at SUP46, one of the other leading start-up hubs in the city. There, we spotted Newsvoice, the app fixing the news, who will compete at our final pitch competition on 7th December in Paris for a chance to raise funds and join the OneRagtime community. 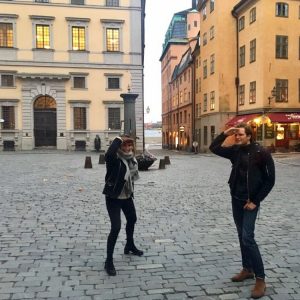 Hunting for start-ups in Stockholm

It’s no secret that Sweden is a land of landscapes and nature. Combined to large social benefits such as long maternity and paternity leaves or long holidays, the country offers a high quality of life. No wonder Sweden attracts talent, and especially programmers, from all around the world. The country actually tallies the highest density of programmers amongst European start-up hubs who often come from Stockholm’s universities such as the Royal Institute of Technology and the Chalmers University of Technology. Additionally, education isn’t costly and Swedes learn to speak English from a young age. What surprised us though is the very different temperament of Swedes compared to the French. While the French are known for their directness and bold speaking style, Swedes are much more reserved – letting their work speak for itself. Some could say this was a culture-shock! But most of all, a good lesson that the noisiest are not always the brightest…

Sweden’s small market actually prompts Swedish start-ups to go global from the start. This combined with the open culture of the Swedes creates the perfect backdrop for a start-up to test a market and go global, thinking outside the country’s borders and outside the box.