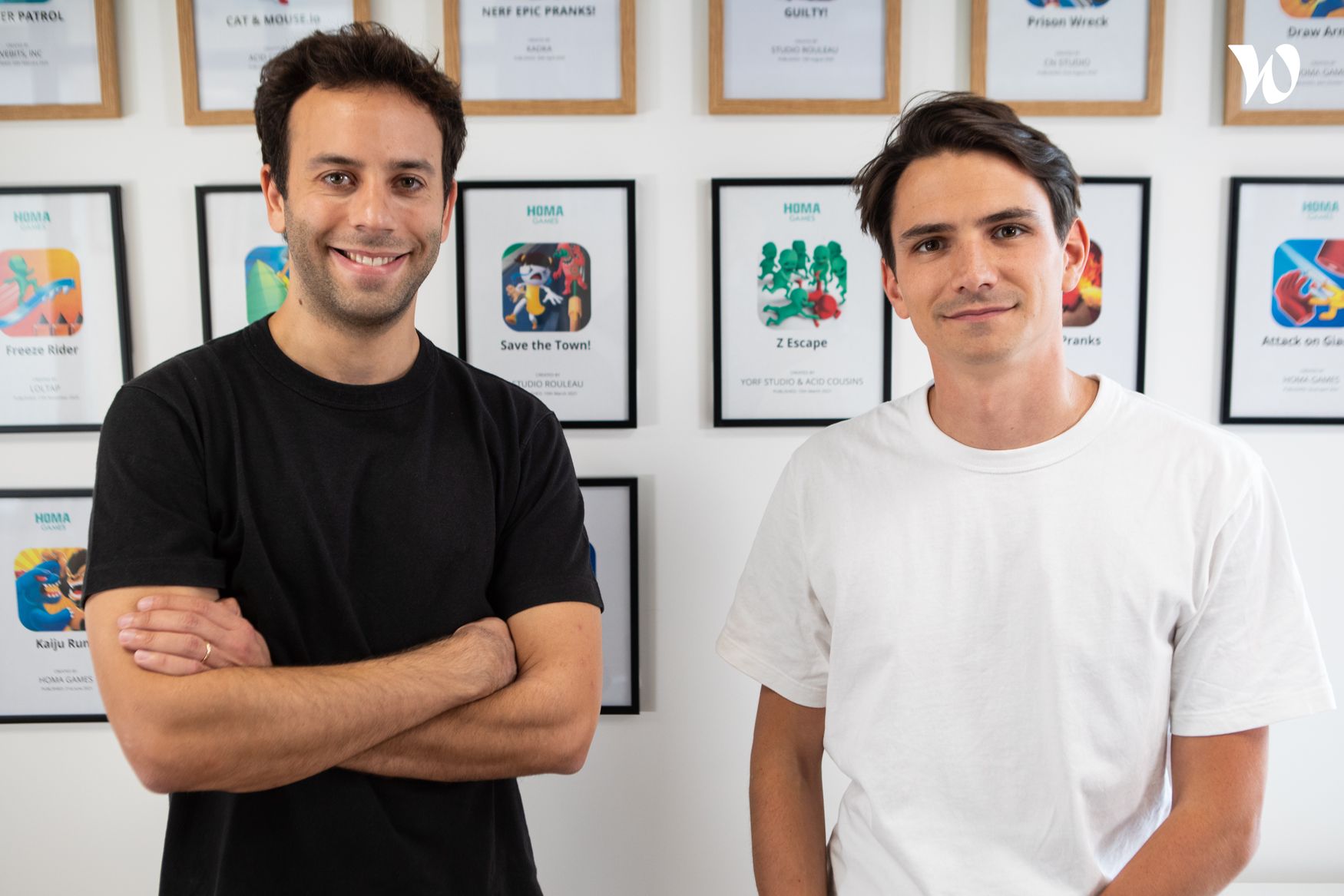 From our first meeting with Homa Games’ co-founder and CEO, Daniel Nathan, we knew he had a unique vision for the gaming industry. So we’re very proud today as they announce their first funding round of 12.5 million euros from Idinvest, e.ventures, OneRagtime and business angels.

Homa Games focuses on supporting independent video game developers throughout their creative and distribution process. Operating as a mobile game publisher that identifies promising games, optimizes user acquisition and monetization while publishing the games to the various stores.

The Parisian startup built technology to quickly determine whether a game could become a hit with the public. 300 independent developers now use the services of Homa Games, by sharing a pitch and prototype of their game concept. Around 1,500 ideas are put to the test by the publisher on the social networks every month to take the pulse of potential players.

To pursue its growth, Homa Games has partnered with successful licensees and IPs such as Hasbro in the United States and is in discussion with other key players. The company also plans to heavily invest in R&D to improve business intelligence and publishing capacities and works on SDKs for developers.

“From our first meeting with the team in 2018, Stéphanie Hospital and I were impressed by their vision for the future of gaming. They shared their content industrialization process and viral loop methods which were clearly proved by early metrics.” echoed Cesar Chanut, Venture Catalyst at OneRagtime. “We’re convinced that Homa Games has the right balance of data driven management, market understanding and core company values to transform the venture into a large player of the industry.”

Homa Games has 80 employees of 19 different nationalities, this number has doubled since the start of the crisis linked to Covid-19. And they don’t plan to stop there. The company plans to open new studios and hire 35 additional people in the coming months, mostly technical profiles — engineers and product managers.